For more information about Bachelor of Laws at The University of Hong Kong, please visit the webpage using the button above.

How long you will study
4 years

About Bachelor of Laws at The University of Hong Kong

The Bachelor of Laws (LLB) offers an education in fundamental legal concepts and subjects, as well as a wider liberal-arts education. In 2004-05, the LLB became a four-year programme, in line with recommendations made by government-appointed consultants. Under the 2012 curriculum reform, the LLB remains as a 4-year progrmme. The four-year LLB provides students with greater opportunities to address the following challenges:

The LLB comprises a professional core which equip students with a solid foundation in legal knowledge, and elective courses which allow students exposure to the broader context in which the law operates. Students will have the opportunity to obtain a minor in a non-law area, or to obtain specialization in a specific area of law.

In addition to our 4-year LLB, students may also consider choosing to study on one of the following related programmes:

To practise law in Hong Kong, LLB graduates must pass the Postgraduate Certificate in Laws (PCLL), a one-year full-time or two-year part-time course taught by the Faculty of Law at HKU or other universities Thereafter, to become a solicitor a graduate must spend two years as a trainee solicitor in a law firm, or in the Department of Justice, while prospective barristers must undertake 12 months of pupillage. Admission to the PCLL offered by the Faculty of Law is open to law graduates from the University and other approved universities and similar institutions in Hong Kong, and also to and holders of other recognised law qualifications acceptable to the PCLL providers who can demonstrate competence in the required core subjects. Admission is competitive: the selection criteria include the standard and origin of the applicant's first degree in law.

The LLB degree has also been recognised by professional bodies and universities overseas. The Law Society of England accepts it for exemptions from Part 1 of the Common Professional Examination, and exemptions may also be granted from certain papers in Part 1 of the Bar Final Examinations in England. Law graduates of the University regularly go on to study for higher degrees at prestigious universities such as Oxford, Cambridge, Harvard, Yale, London and Stanford.

You (or your parents) only need to pay a fraction of the cost of education in Hong Kong, even though our educational standards are at an international level. We value what you bring to HKU, in terms of your background and culture, and our fees are set at a level that students everywhere can afford, as long as your academic results are good enough!

Other courses at The University of Hong Kong

There are 156 other courses listed from The University of Hong Kong. A selection of these are displayed below:

View all Courses at The University of Hong Kong
156

Photos from The University of Hong Kong

Videos from The University of Hong Kong 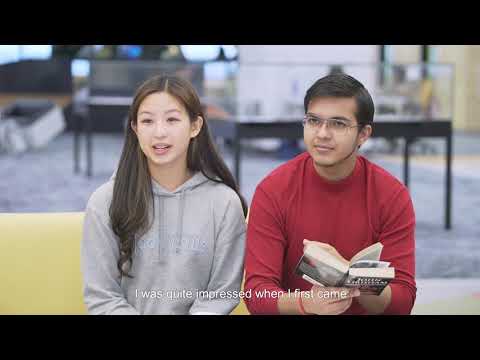